SPIRITUAL AND LITERARY KINSHIP BETWEEN 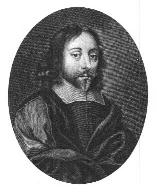 he ancient English City of Norwich, home of Dame Julian, was also the home of the physician and philosopher Sir Thomas Browne (1605-82) author of ‘Religio Medici’ (RM). The Religio Medici (1643) is the spiritual testament and self-portrait of arguably one of the most pious, scholarly and complex personalities of the seventeenth century. Primarily concerning itself with the Christian virtues of Faith, Hope and Charity, Browne’s Religio Medici became one of the first books by an English author to become a European best seller and was translated into French, German, Dutch, Italian and Latin. Though little read nowadays it contains many highly original and memorable passages upon the spiritual life. To modern ears the very title Religio Medici (Religion of a Physician) is paradoxical, but for many devout minds in the seventeenth century there was no contradiction between Science and Religion. Religion revealed to Man his relation to God, whilst the scientific observations and study of the laws of nature made by early scientists such as Browne, demonstrated the ways through which the Divine will is carried out. It was during Browne’s lifetime that the schism between Religion and Science began to develop however his Religio Medici is unique in its harmonious relationship between the domains of Science and Religion and innovative in its usage of scientific imagery to illustrate religious truths. Today Religion and Science are often sadly ethically opposed spheres of human life, but as the twentieth century mathematician and physicist Albert Einstein observed,  ‘Science without religion is lame, religion without science is blind ’.

There is, as in Philosophy, so in Divinity, sturdy doubts, and boisterous objections, wherewith the unhappiness of our knowledge too nearly acquainteth us. More of these no man hath known than myself, which I confess I conquered, not in a martial posture, but on my knees. RM 1:19

The heart is the place the devil dwells in: I feel sometimes a hell within my self, Lucifer keeps court in my breast, Legion is revived in me. R.M.I: 51

Ever aware of the complexity of his spirituality Browne made a clear distinction between his philosophical inclinations, which were often hermetically inclined, and his Christian faith. As he candidly informs us -

In Philosophy where truth seems double-faced there is no man more paradoxical than myself, but in Divinity I love to keep the Road. R.M 1:12

In essence the two forces that nurtured Browne’s spirituality were the Bible and Nature. Indeed the very strophes and cadences of the Bible influenced his literary style whilst his love of Nature inspired him to declare -

there are two books from whence I collect my Divinity; besides that written one of God, another of his servant Nature, that universal and publik Manuscript, that lies expans’d unto the eyes of all; those that never saw him in the one, have discovered him in the other. R.M.1: 16

Browne’s Christian mysticism has seldom been elaborated upon, yet alone his affinity to the city of Norwich’s better-known Christian mystic, Dame Julian. However amongst the many books in the learned doctor’s vast Library of over two thousand volumes, books on Anatomy and Medicine, Geography and History, Classical literature and Zoology, Botany and Antiquities, there is one author whom he shared with Dame Julian, namely Dionysus the Aeropagite (1711 Sales Catalogue, p. 1, no 16).  Other than the Bible Julian’s sources in writing her Revelations have been positively identified as containing the theological influence of the pseudo-Dionysus. Dionysus’s mystical writings were of profound influence in the formation of Christian spirituality. For over a thousand years he was believed to be one of Saint Paul’s converts in Athens (see Book of Acts 17.34). However, as in the identity and authorship of the Hebraic Zohar, and the highly influential Corpus Hermeticum, which was believed to date from the time of Moses, but was actually a syncretistic philosophy developed by Alexandrian Gnostic thinkers of the second and third century of the Christian era, the true identity of Dionysus the Areopagite is now known to have been of a much later date. With the rise of modern scholarship it was realised that actually he was a Syrian monk of the 5th/6th century of the C.E.

Dionysus’s profoundly mystical book, De Celestia Hierarchia,  transposed the Neoplatonic hierarchy between man and the Godhead and established the idea of Angelic hierarchies in Medieval and Renaissance Europe into Christian theology. Dionysus’s account of angelic hierarchies and espousal of an inward way to a God who transcends all categories of rational thought may well have appealed not only to Dame Julian but also to Sir Thomas Browne. Like many Hermetically inclined thinkers who sought to reconcile ancient pagan wisdom such as contained in the writings of Plato and Pythagoras and others, with the Christian Church, Browne also attempted to reconcile the wisdom of  ‘ the divine Philosopher’,  namely Plato, to Christian theology and thus made a case for the existence of angelic beings -

Therefore for Spirits I am so far from denying their existence, that I could easily believe, that not only whole Countries, but particular persons have their Tutelary, and Guardian Angels: It is not a new opinion of the Church of Rome, but an old one of Pythagoras and Plato. R.M.1: 33

Besides sharing theological influences, it’s not beyond improbability historically that Browne may have been amongst the earliest of English readers of Dame Julian. His eldest son Edward, returning home from his travels via Paris and Rouen late in the year 1669 knowing his father’s reading tastes well, may either have informed him of the imminent publication of Julian’s Divine Revelations or indeed even obtained a copy of Julian’s Revelations which were published from manuscripts by Serenus Cressy, a convert to Roman Catholicism in the year 1670. The Paris manuscript was still in Rouen at that date but the English Benedictine nuns with Serenus Cressy had just prepared the first edition from other manuscripts they owned, including perhaps the now-lost exemplar to Paris, and collated it with the manuscripts now in the Sloane collection in the British Library which also has the Amherst text.  We are still not really surely where the editio princeps was printed, England or France, Catholic books having to be secret then, not published.

There is tantalizing evidence in the form of two shared images between Sir Thomas and Dame Julian which suggest that although Julian’s Revelations is not recorded in the 1711 Sales Catalogue of Sir Thomas and his son’s Libraries (many books mysteriously disappeared from Sir Thomas’s Library before its eventual auction) that the learned doctor had recently perused the medieval Anchorite’s spiritual meditations. Browne often referred to books he had recently read. His moralistic essay upon living a virtuous life Christian Morals, written sometime in the late 1670’s contains a distinct echo of Julian’s famous image of the hazelnut-

And he showed me more, a little thing, the size of a hazelnut, on the palm of my hand, round like a ball. I looked at it thoughtfully and wondered, ‘What is this?’ And the answer came, ‘It is all that is made.’ I marvelled that it continued to exist and did not suddenly disintegrate; it was so small. And again my mind supplied the answer, ‘It exists, both now and forever, because God loves it. Chapter 5

The hazelnut passage is in all the manuscripts of Julian’s Revelations. Medieval exegetes frequently spoke of the nutshell, the hard shell, the nourishing content, though not specifying the hazelnut. A close resemblance to Julian’s ‘in a nutshell’ spiritual wisdom can be found in Christian Morals in which Browne declares-

And since instructions are many, hold close unto those, whereon the rest depend. So may we have all in a few, and the Law and Prophets in a Rule, the Sacred Writ in Stenography, and the Scripture in a Nut-Shell. C. M. Part 3.4

Dame Julian and Sir Thomas’s writings also contain the shared image of the submarine, that is, life at the bottom of the sea. Julian’s spiritual meditations in her Revelations lead her to the seabed

On another occasion I was led in imagination down on to the sea-bed, and there I saw green hills and valleys looking as though they were moss-covered, with sea-weed and sand. Chapter 10

Browne’s submarine image occurs in his inventory of lost, imaginary books, pictures and objects Museum Clausum (c.1675) which besides containing curiosities such as Seneca’s Epistles to Saint Paul includes-

9. A Sub Marine Herbal, describing the several Vegetables found on the Rocks, Hills, Valleys, Meadows at the bottom of the Sea, with many sorts of Algae, Fucus, Quercus, Polyonum, Gramens and others not yet described.

Such matching pieces of imagery could excite many a student of comparative religious literature. This coincidence of imagery however may simply be the result of both Julian and Sir Thomas having a through knowledge of the Bible. Julian’s deep-sea bed image, which is only in the Long Text, is probably inspired from Scripture; submarine imagery occurring in the Book of Job when Jonah is on the seabed, wrapped in seaweed, and in the Psalm he cites while there; even at the bottom of the sea bed God is with Jonah.

An astute student of comparative religious literary texts would look beyond theological influences, historical speculations and shared imagery to discern rock-solid evidence of spiritual affinity between Julian and Sir Thomas. It can be found in Browne’s experiencing sometime, like Dame Julian, a mystical, heavenly vision during the 1650’s. It prompted him as it did Julian to put pen to paper in order to describe and share his own Revelation of God’s love.  Little read and studied, the diptych Discourses of 1658 Urn-Burial and The Garden of Cyrus fully utilize not only Browne’s artistic creativity, scholarship and imagination but also his spiritual awareness. From the dark uncertainties, contemplation of Death and the fathomless ways of God in Urn-Burial to the Paradise delights of  The Garden of Cyrus, the Discourses depict a numinous ‘soul journey’ from the Grave to the Garden; Whilst Urn-Burial primarily explores and compares inferior pagan beliefs, Mankind’s religious beliefs, and his fear of death, Cyrus concerns itself with Browne’s mystical insight into God’s wisdom. Like other great mystics Browne emphasised the distinction between the visible and invisible worlds, thus in Cyrus the figure of Christ appears-

looking through the nets, which ours hath rendered, he looketh forth at the windows, shewing himself through the lattesse; that is, partly seen and unseen, according to the visible and invisible side of his nature. Chapter 2

The Garden of Cyrus is Browne’s own Revelation of Divine Love. Its slender pages are a mystical hymn of praise sung by the pious physician as he cites sundry examples of the ubiquity of the number five and Quincunx pattern in Art, Nature and throughout the Cosmos as proof of the geometric wisdom of God. If Urn-Burial, a work admired by Victorian society, is Browne’s Book of Ecclesiastes in which ‘ Vanity of vanities, all is vanity, as the prophet declareth ’, The Garden of Cyrus is Browne’s joyous Book of Solomon in which the glory of God’s Wisdom is revealed.

These tentative speculations upon Dame Julian’s and Sir Thomas’s theological influences, shared imagery and religious experiences remain ultimately controvertible; however what we may be certain of is Dame Julian’s and Sir Thomas’s affinity in spirituality. Both are rightly termed Christian mystics. Besides sharing the city of Norwich as their home both Dame Julian and Sir Thomas Browne shared a love for humanity. The spiritual wisdom contained within the pages of their respective spiritual classics are indicative that both experienced a Revelation of God’s love for humanity which they intensely wished to share with their fellow-beings. Browne’s Religio Medici as well as Julian’s Revelations of Divine Love, as many have recognised, are everlasting flowers of World spiritual literature. 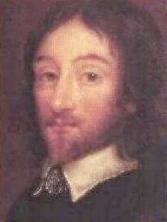