t the gates of the city, through the streets of Calcutta, reaching to all the cities of Asia, America and Africa, there was a woman dressed in the Messiah's garb. She changed the bandages of one and another, the leper, the dying, those with AIDS. One woman dressed as the Messiah, with the hands of the Saviour to soften a little, as did he, the hardness of the world.

A woman in exile, in a tiny body which bore signs of privation, a smiling Christian, a sweet sister who placed the great and the little of the earth in the position of examining our conscience, the language of which needs help to understand the mystery of this modern witnessing. She changed the criteria of the world without words, but with her concrete hymn to life, singing each day while welcoming newborn life, from caressing wounded life, sharing agoinizing life, in giving a smile and dignity to death. In her virginity she gave birth to the love of life, the gift of God.

Her mission began each day, before dawn, before the Eucharist. In the silence of contemplation, Mother Teresa of Calcutta could hear the cry of Christ on the cross, 'I thirst'. This cry gathered in the depths of her heart, forcing her journey on the streets of Calcutta and of all the margins of the world, to find Jesus among the poor, among the abandoned, the dying, with generous dedication. She served all human needs with dignity and respect always: she made those destroyed by life feel the tenderness of God the Father, lover of all creatures. Mother Teresa did not lose the occasions for underlining in each moment the love for life. 'Charity, if it is to be fruitful, ought to tire us'. 'When we care for a sick and needy person we touch Jesus' suffering body and this contact makes us heroic, makes us forget our repugnance and our natural tendencies. We need the eyes of a profound faith to see Christ in the maimed bodies and dirty clothes in which is hidden the fairest among the sons of men. We need the hands of Christ to touch this body wounded with sorrow and suffering. An immense love, not limited, which only gives. It is so much more an act of love that calls us to overcome disgust, love asks so much more, perhaps because it represent help offered bu the Lord, hidden amongst the rags of the poor. 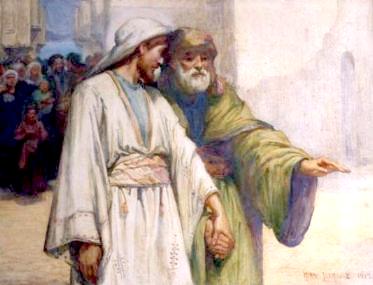 Mother Teresa, the poor little one of Calcutta, and Frances, the poor little one of Assisi, had in common small, fragile bodies, sustained by an extraordinary strength of love. But above all the choice of the poorest, that Francis expressed kissing a leper, then a sign of extreme refusal, and Teresa gathering up in a Calcutta street a dying woman, eaten by mice and ants. Both animated by a Love without limit through their lives and in the conviction that in serving the poor they served Jesus himself. Common to their radical choice of the Gospel as the one rule of life, that they took for their own in the love of God and in charity towards the least their highest expression. Mother Teresa wrote, 'Jesus came into the world . . . to give the good news that God loves us, that God is love . . .' And Francis, 'Lord, may your will be done . . . so that we may love our neighbour as ourselves, draw from us all our power to your love. . . ' Mother Teresa said, 'To be ready to love we need faith, because that is love and love in action is service. To be capable of loving we need to see and to touch. Faith in action through service; these are the same, the same love, the same compassion.' 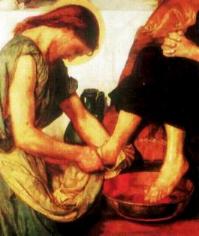 Agnes Granxe Bojaxhiu was born 27 August 1910 to an Albanian family in Skopje, in Macedonia. Her father, Kole, was a rich merchant. In 1928 she entered the sisters of Our Lady of Loreto at the mother house in Rathfarnham, Ireland, and the 1 December left for India to make her novitiate. She made her Vows 24 May 1937 in Darjeeling, but on 10 September 1946 during a train journey she was inspired to dedicate herself to the poorest. In 1948 she asked permission from Rome to leave the order of Loreto and the 12 April she received it from Pope Pius XII. Mother Teresa then garbed herself in the white sari with the blue striped border and the cross on the shoulder and succeeded in obtaining Indian citizenship. She settled in Calcutta. In 1950, in Calcutta, she founded the congregation of the Missionaries of Charity; in 1954 she opened Nirmal Hriday, the house for the dying, near the temple of the goddess Kali and in the following years opened a house for children (Shishu Bavan) and a village for lepers (Santinagar). In 1965 Pope Paul VI gave the Missionaries of charity papal approval and from that moment Mother Teresa could open houses even outside of India: the first being in Caracas in Venezuela whic h opened 26 July. This was followed by 440 missions scattered throughout 95 countries. In 1970 she was given the John XXIII Prize by Pope Paul VI, inaugurating it; in 1975 Time magazine dedicated its cover to her as a Living Saint, in 1979 she received the Nobel Prize for Peace in Oslo, the most prestigious of many awarded her around the world. In 1985 she was received at the White House by President Reagan, who awarded her the Medal of Freedom, and 26 October she spoke to the General Assembly of the United Nations. 4 February 1986 Pope John Paul II visited the house of the dying in Calcutta. She even opened a mission in Cuba. In 1988 she achieved her dream of a house inside the Vatican's wall and called it 'Mary's Gift'. In 1990, for reasons of health, she resigned from being superior general of the Congregation. The Order reelected her unanimously and Mother Teresa decided to continue in office. At Easter, 1991 she opened the cathedral in Tirana which had been used as a cinema by the dictator Hoxha and she opened three houses in Albania. In 1997, 13 March, Sister Nirmala Joshi, succeeded Mother Teresa as director of the Missionaries of Charity. The new superior is 63 and Indian, born to a Brahmin family, who converted young from Hinduism to Christianity. Friday, 5 September, while the world was still reeling from the mass media of the tragic death of Princess Diana, Mother Teresa quietly passed to the Lord, in silence, in the style of the disciples of the Cross of Christ. It is difficult to describe what was demonstrated in the mass media. Mother Teresa had become such a vivid witness of God's tenderness above all to the least in society that it seemed impossible that one day she would not be with us. We would never have wished such a light to be extinguished in a world full of illusions and shadows. In her personal exile was one of the most significant persons of recent years on the global stage.

There are now four thousand Sisters of Mother Teresa, in 120 countries. In Italy there are 12 houses of the Mission of Charity.

What a joy for us when, 11 October 1980, Mother Teresa of Calcutta came to Novara. It was an unforgettable day! Mother Teresa had a word for everyone who came to her attention, especially towards the least; she left a tremendous impression of her visit because what she said in words seemed to mirror her soul. She met religious, the poor, the sick, the young and immediately after lunch went to the chapel to bow in prayer.  A roar as if in a stadium exploded at the end of an intense session of prayer, when Monsignor Aldo De Monte with such a simple and unexpected gesture, so spontaneous and so generous, took off his pectoral cross and put it around the neck of Mother Teresa. A shiver of emotion pervaded all while the young, waving handkerchieves, shouted loudly, 'Te-re-sa, Te-re-sa', and then 'Al-do, Al-do', as if thanking the bishop for this most meaningful gesture. In receiving it Mother Teresa said, 'This gift binds me always to Novara' This exceptional woman who smiled with her eyes and her wrinkles, who spoke the language of the heart, that language which has no need of interpreters, because one felt and understood perfectly that Mother Teresa came amongst us to proclaim the duty to love the poor and to protect life.

Now that she is no more what remains is her great and stupendous lesson of life and that we who have had the honour and the joy of meeting her and knowing her, have the responsibility of continuing on the road she has shown to us. 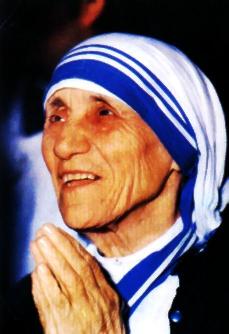 Translated from the Italian