AND THE PLAYS OF TERENCE

n Chichester Cathedral are two sculpted panels in stone showing scenes from the Raising of Lazarus at Bethany. In the first panel we witness Mary and Martha of Bethany pleading with the figure of Christ, who is cross-nimbed and who holds the Bible, while behind him stand three apostles, a fourth having had his head broken off, while the one nearest to Christ likewise holds the Bible, the Gospel he is to write. Mary on her knees and bare-headed, and Martha, standing behind her and with a head veil on her head, plead with Christ, their hands with palms placed together in prayer, within a doorway above which are seen architectural details. 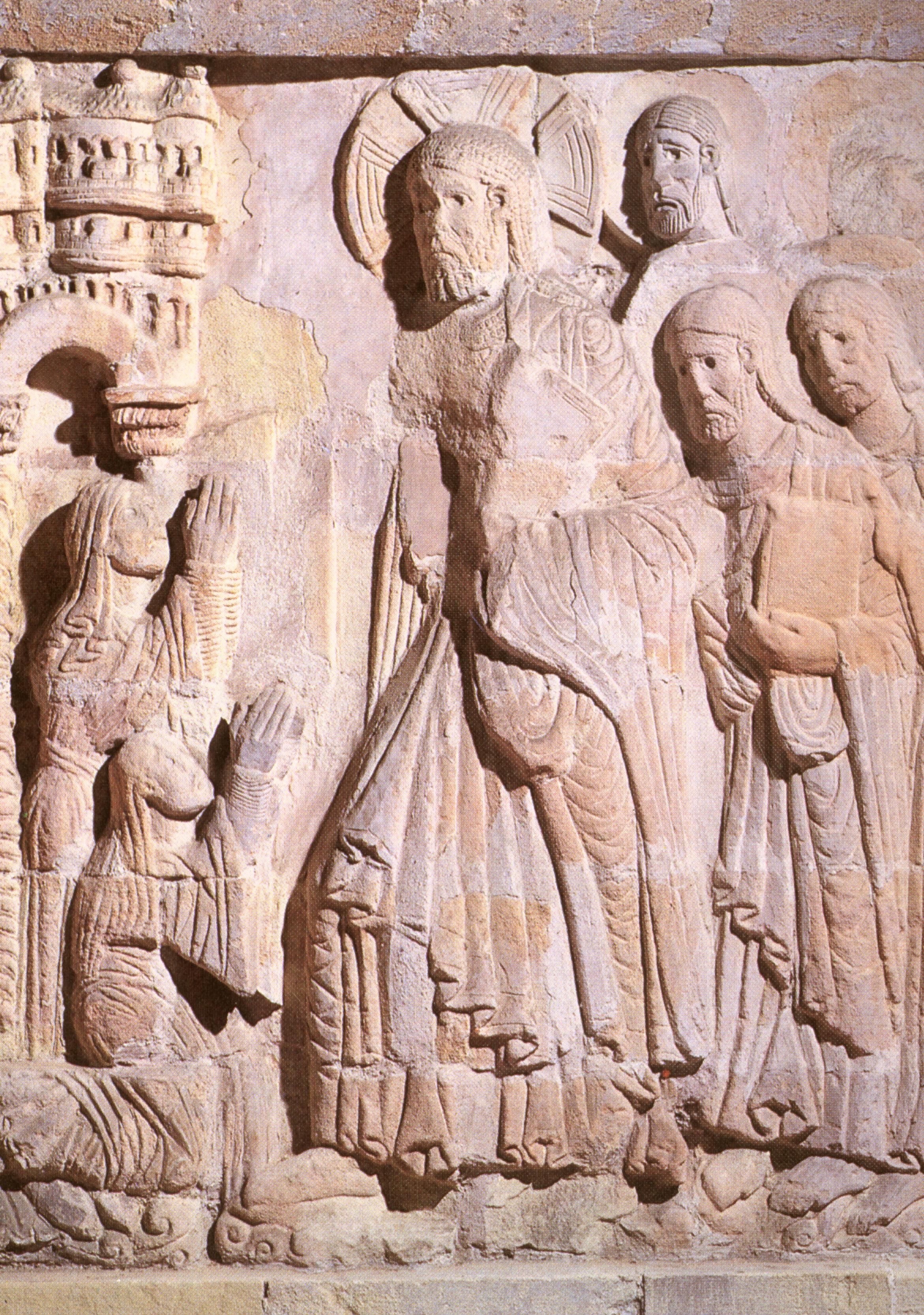 In the second panel we see extreme top left the lugubrious faces of Mary and Martha of Bethany, their mouths and eyes drawn down like pagan tragic players' masks. Christ, cross-nimbed and holding his Book, with his other hand in the gesture of blessing, is seen with Lazarus being raised up from his tomb, his grave-clothes still wrapped around his legs and chest while his freed hands are raised in prayer towards Christ. Two servant figures (in pointed Jewish hats) are in the act of prying off the stone. Four disciples stand about Christ and Lazarus. 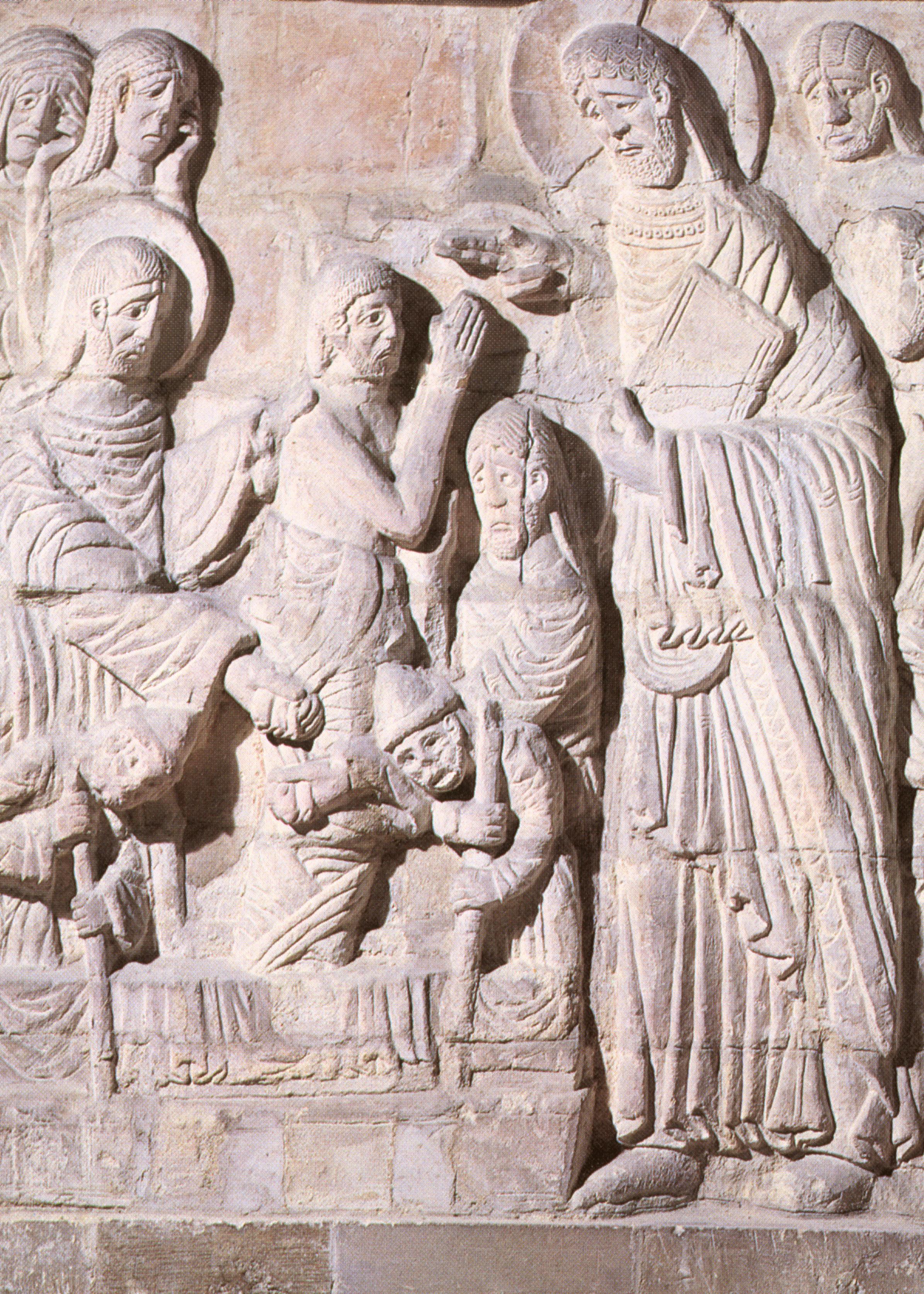 Both panels pay attention to the folds of Christ's and the disciples' robes and also to embroidered motifs upon Christ's robe and differing traits of hair and beard, the second Christus having quite different hair attributes than he does in the first. In the second the faces in general lose the more calm concern of the first panel and instead show agitation, sorrow and horror.

The date of these panels is uncertain, some authorities believing them to be Anglo-Saxon work of around 1000, others, that they are of Norman provenance of around 1130. 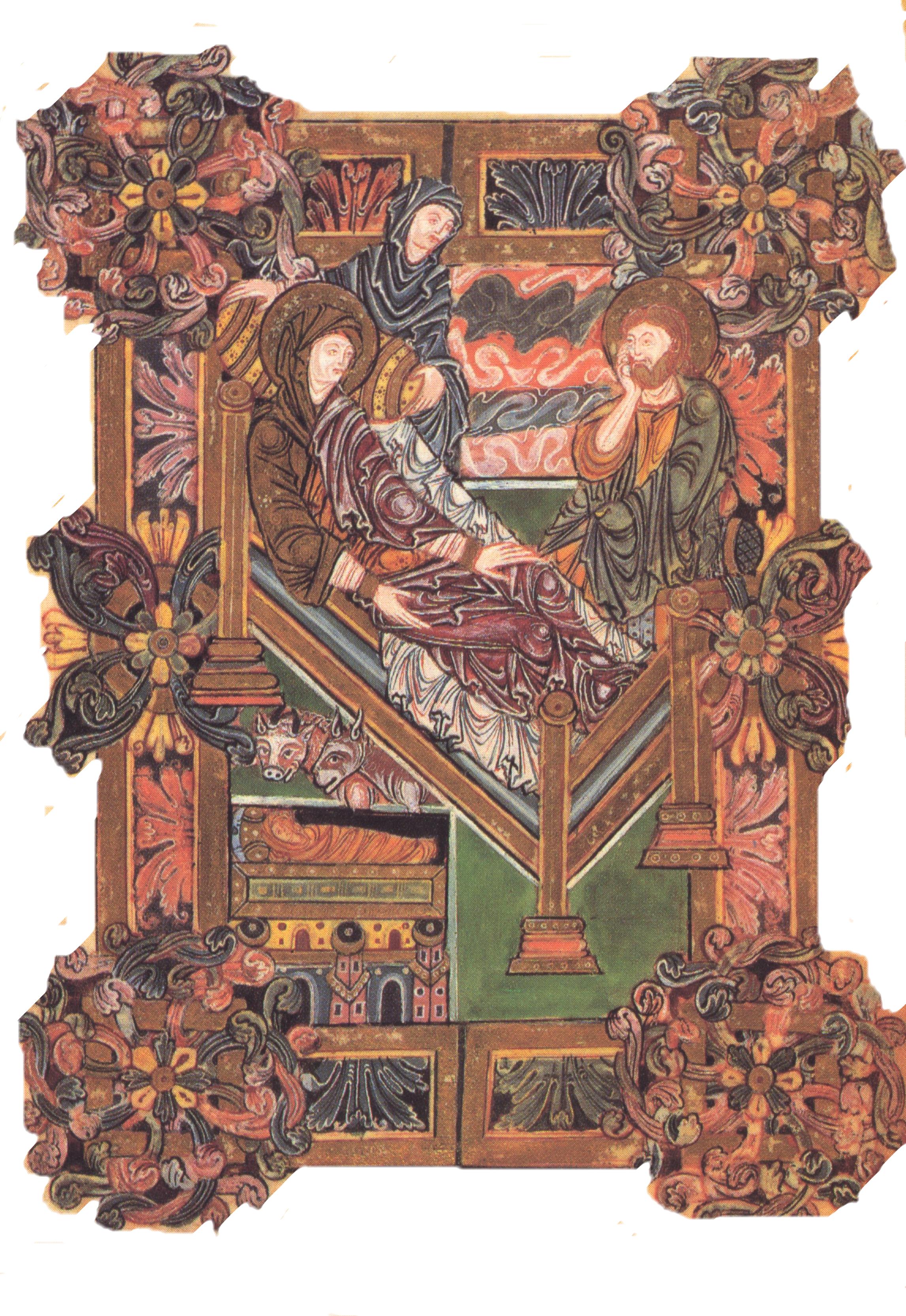 The first of these two images is Anglo-Saxon, from the Winchester Benedictional, the second Norman, for the Church of the Ascension in Nazareth. Much the same style prevails but instead of progress in skill, there is regress, a cruder quality. I would therefore suggest that the Chichester panels, by two separate artists in order to explain their different styles, date from the Norman period.

This essay will not attempt to date the panels but will attempt to study them in relation to the liturgical dramas, especially that of the Resuscitatio Lazari, the Raising of Lazaus, of the period and to the pre-Christian plays of Terence, which were owned and copied out in medieval monasteries of this period and which strongly influenced these Christian liturgical dramas, especially that of the Resuscitatio Lazari. Following that discussion it will relate these sculptures and these plays to the context of both the liturgy's use of the Biblical texts which underlie these presentations and to the reinforcement of that miracle story in the Gospels not only by Christians worshiping in England but also by those who went on pilgrimage to Jerusalem, visiting Bethany the week before Easter Sunday in preparation for Christ's own Resurrection from the dead.

This is a chapter from the E-Book: Latin with Laughter: Terence through Time