JULIAN OF NORWICH, HER SHOWING OF LOVE AND ITS CONTEXTS ©1997-2019 JULIA BOLTON HOLLOWAY  || JULIAN OF NORWICH  || SHOWING OF LOVE || HER TEXTS || HER SELF || ABOUT HER TEXTS || BEFORE JULIAN || HER CONTEMPORARIES || AFTER JULIAN || JULIAN IN OUR TIME || ST BIRGITTA OF SWEDEN  ||  BIBLE AND WOMEN || EQUALLY IN GOD'S IMAGE  || MIRROR OF SAINTS || BENEDICTINISM|| THE CLOISTER || ITS SCRIPTORIUM  || AMHERST MANUSCRIPT || PRAYER|| CATALOGUE AND PORTFOLIO (HANDCRAFTS, BOOKS ) || BOOK REVIEWS || BIBLIOGRAPHY ||

JULIAN'S RAINDROPS FROM THE EAVES

ulian commentators often address the question of how educated Julian was, despite her own disclaimer to the contrary. Jeffrey F. Hamburger, the art historian, in his book The Visual and the Visionary: Art and Female Spirituality in Late Medieval Germany (New York: Zone Books, 1998), has something to add to the debate which I have never seen referred to and would like to share with the umiltajulian website.

In a footnote referring to Julian’s comments on the battered visage of Christ, (the text is on p. 365, the footnote no. 109 on p. 565) Hamburger has this to say:

The imagery is often misunderstood. For example, Julian of Norwich, (Classics of Western Spirituality -Colledge & Walsh) p. 188, 2nd revelation, Chapter 9 [sic. Actually chapter 7, 1st revelation] compares the blood rolling down Christ’s face to raindrops dripping off the eaves of a house. The comparison is not, as claimed by D.N. Baker, Julian of Norwich’s Showings: From Vision to Book (Princeton: University Press, 1994), pp. 52-53, “based on daily life” and “evidence of her keen powers of observation and her synthetic visual imagination.” Nor is the “bizarre” metaphor a way “of detach[ing] the reader from any realistic sense of pain,” as argued by L. Finke, “Mystical Bodies and the Dialogics of Vision,” in Maps of Flesh and Light: The Religious Experience of Medieval Women Mystics, ed. U. Wiethaus (Syracuse: University Press, 1993), pp. 28-44, esp. p. 43. Instead, Julian’s comparison testifies to the subtlety of Julian’s scriptural imagination. The image derives from stillicidium, a rare Latin word that refers specifically to drops of moisture or rain falling from the eaves of a house. It occurs only twice in the Vulgate: in Psalms 64:11 and 71:6. In A Book of Showings, I. 82-83 and 312-13, Colledge and Walsh also pass over the allusion in silence.

The plentuoushede is like to the droppes of water that falle of the evesyng of an howse after a grete shower of reyne that falle so thycke that no man may nomber them wt no bodely wyt. (Reynolds & Holloway, p. 171, lines 5-10.)

1) The fall of (a liquid) in successive drops or the succession of drops so falling, drip; also, a single falling drop.
2) The drip of rain from the eaves of a house.

The obvious way that Julian could come to this “subtlety of scriptural imagination” is through the Liturgy of the Divine Office. By  coincidence both Psalms 64 and 71 occur, in St. Benedict’s Psalm schema, in the night office for Wednesday. Psalm 71 in the second Nocturn of the Office of Matins and Psalm 64 in the Office of Lauds. However they do not occur in the Office of the Blessed Virgin Mary, which was the Office of the Prymer and the Books of Hours used by lay-people and suggested by the Ancrene Wisse for anchoresses.

Could this be an indication that Julian was, after all, a Benedictine nun?


There is an article by M.J. Wright, “Julian of Norwich’s Early Knowledge of Latin” in Neuphilologische Mitteilungen, 94, pp. 37-45 (1993). Whether this has anything germane to say I do not know as this is not available to me, unfortunately.

[Could some scholarly reader of this essay make this referenced work available to us?]

nterestingly the same phrase occurs in a passage in Birgitta of Sweden's Revelationes IV.49.7

concerning Cardinals, this passage borrowed from heavily by Julian in her Showing

¶ The plenteousness is like to the drops of water that fall off the eaves /P/ of a house /SP/ after a great shower of rain that fall so thick that no man many number them with bodily knowledge. And for the roundness it was like to the scale of herring, in the spreading on the forehead. 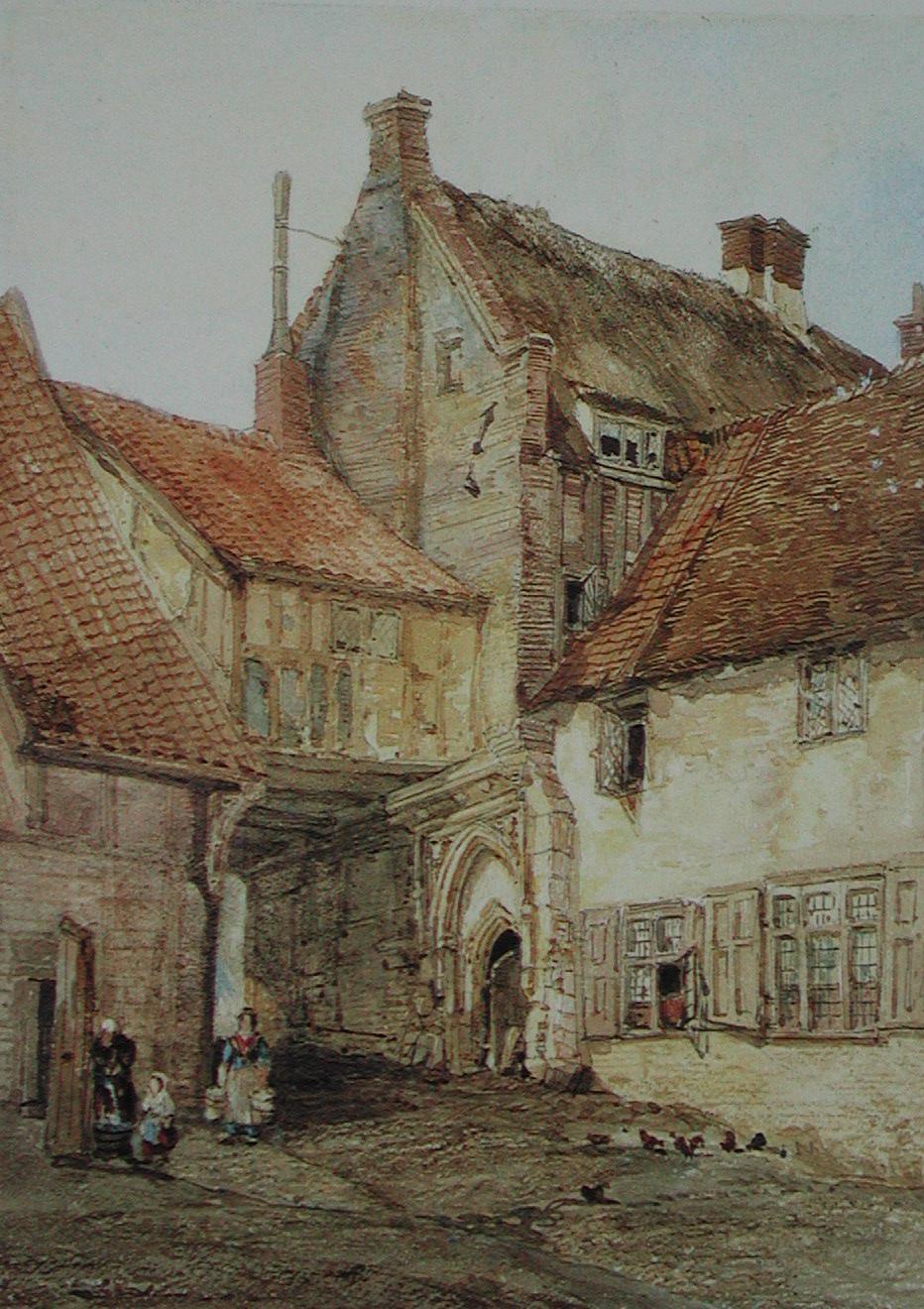 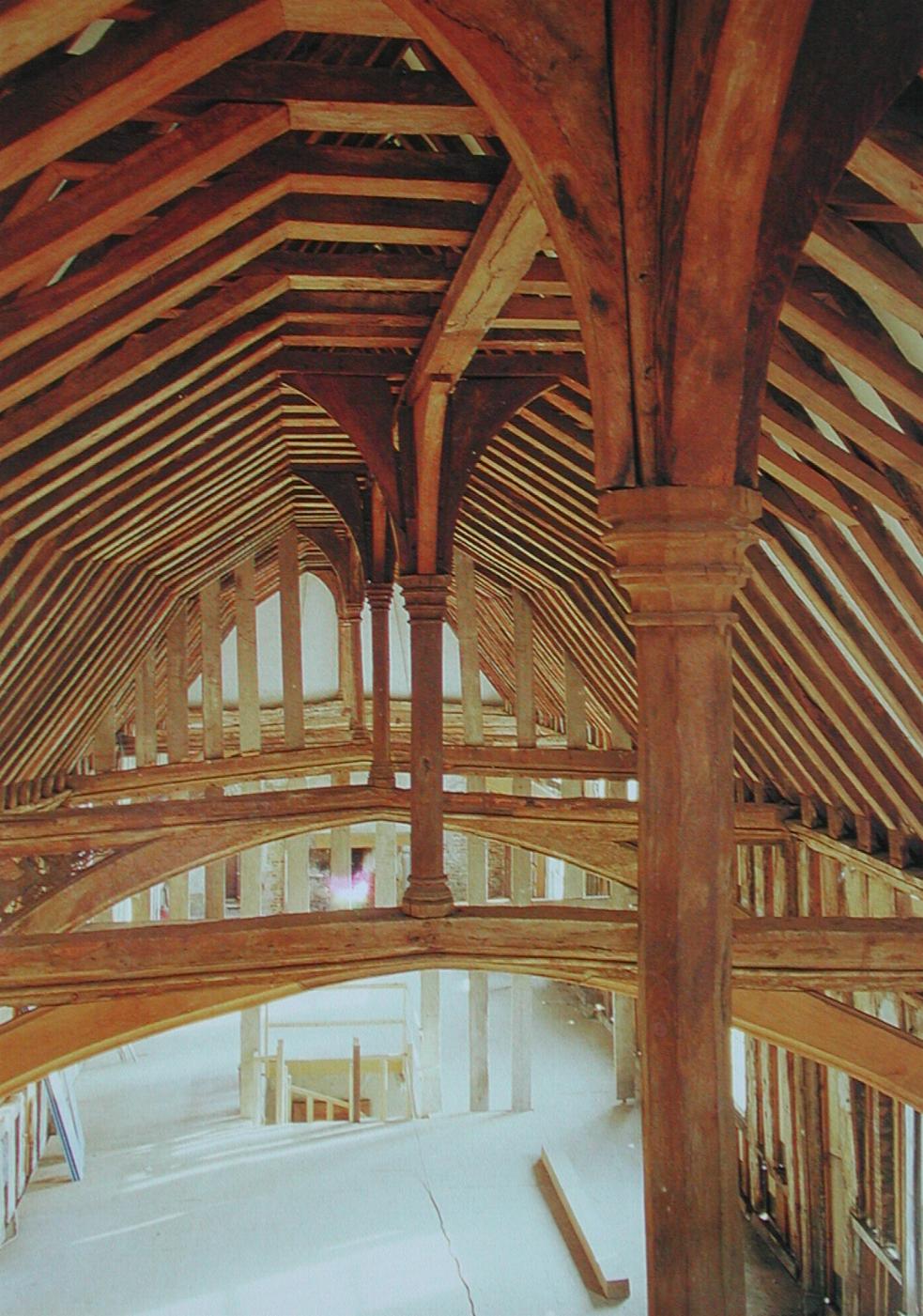 Dragon warehouse below St Julian's Alley, on the Wensum River, up which herring would be brought

¶ These three came to my mind in that time, pellets for roundness in the coming out of the blood, the scale of herring in the spreading /S/ on the forehead for roundness, /SP/ and raindrops from eaves /P/ of a house /SP/

for precisely this image, and we will find that this passage from Birgitta is cited again by John Paul II:

Even more than these devout pilgrimages, it was a profound sense of the mystery of Christ and the Church which led Bridget to take part in building up the ecclesial community at a quite critical period in the Church's history. Her profound union with Christ was accompanied by special gifts of revelation, which made her a point of reference for many people in the Church of her time. Bridget was recognized as having the power of prophecy, and at times her voice did seem to echo that of the great prophets of old. She spoke unabashedly to princes and pontiffs, declaring God's plan with regard to the events of history. She was not afraid to deliver stern admonitions about the moral reform of the Christian people and the clergy themselves (cf. Revelations , IV, 49; cf. also IV, 5). Understandably, some aspects of her remarkable mystical output raised questions at the time; the Church's discernment constantly referred these back to public revelation alone, which has its fullness in Christ and its normative expression in Sacred Scripture. Even the experiences of the great Saints are not free of those limitations which always accompany the human reception of God's voice.

The Psalter verses in question are: 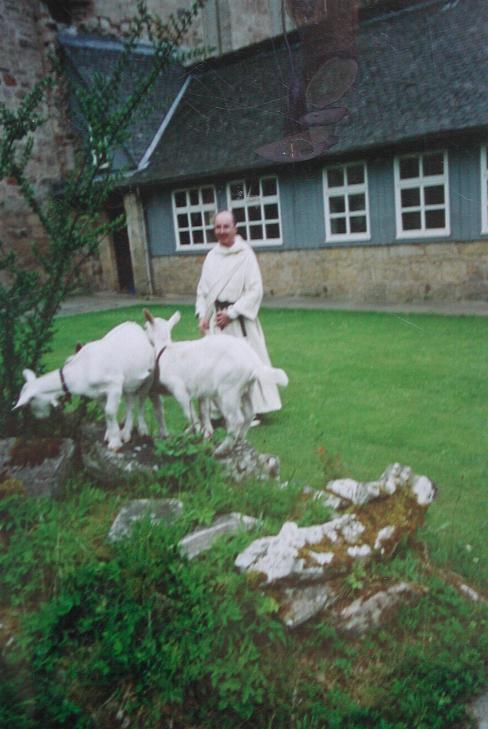 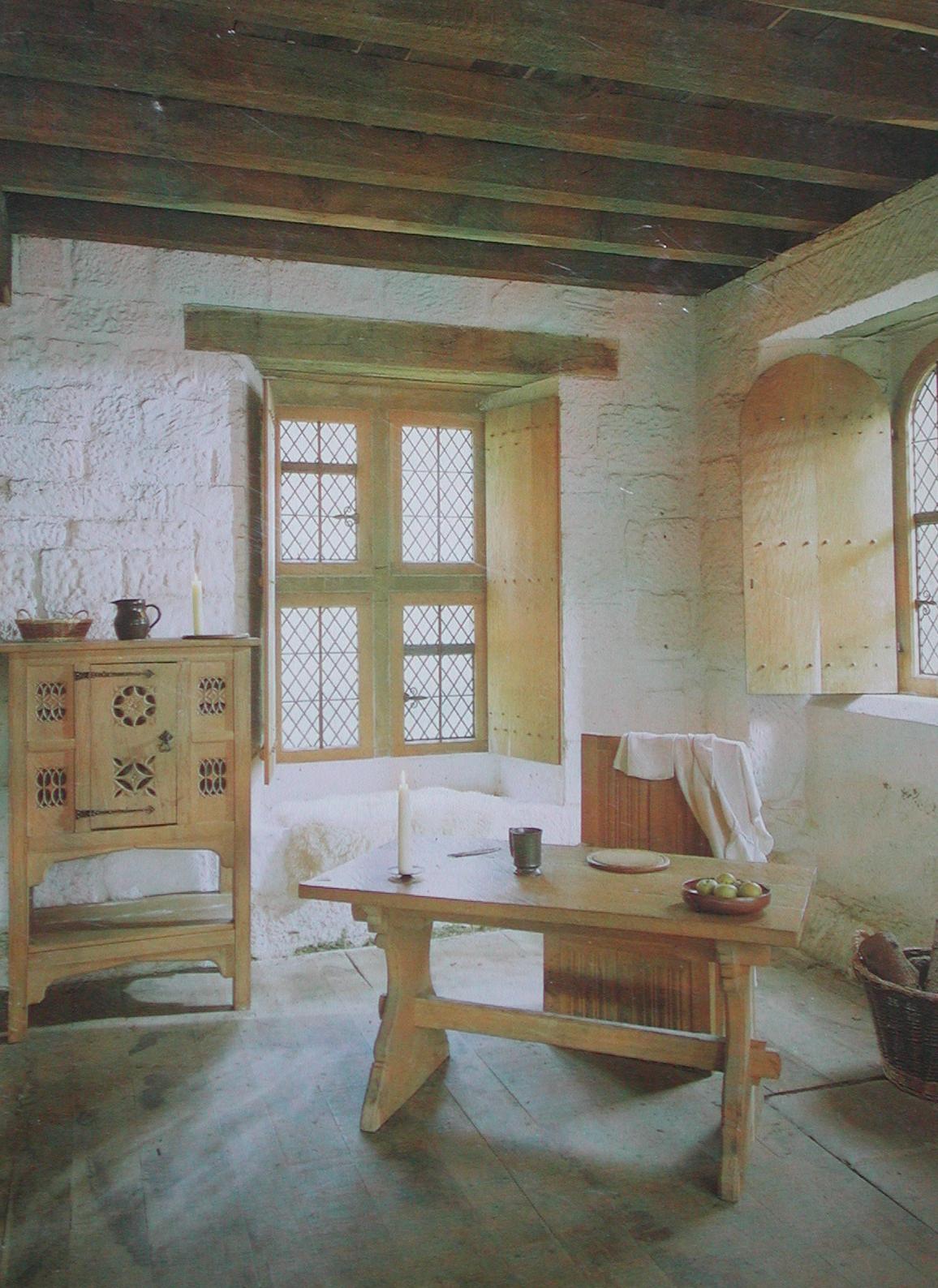 We recommend most highly the film, Into Great Silence.

JULIAN OF NORWICH, HER SHOWING OF LOVE AND ITS CONTEXTS ©1997-2019 JULIA BOLTON HOLLOWAY  || JULIAN OF NORWICH  || SHOWING OF LOVE || HER TEXTS || HER SELF || ABOUT HER TEXTS || BEFORE JULIAN || HER CONTEMPORARIES || AFTER JULIAN || JULIAN IN OUR TIME || ST BIRGITTA OF SWEDEN  ||  BIBLE AND WOMEN || EQUALLY IN GOD'S IMAGE  || MIRROR OF SAINTS || BENEDICTINISM|| THE CLOISTER || ITS SCRIPTORIUM  || AMHERST MANUSCRIPT || PRAYER|| CATALOGUE AND PORTFOLIO (HANDCRAFTS, BOOKS ) || BOOK REVIEWS || BIBLIOGRAPHY ||