JULIAN OF NORWICH, HER SHOWING OF LOVE AND ITS CONTEXTS ©1997-2019 JULIA BOLTON HOLLOWAY  || JULIAN OF NORWICH  || SHOWING OF LOVE || HER TEXTS || HER SELF || ABOUT HER TEXTS || BEFORE JULIAN || HER CONTEMPORARIES || AFTER JULIAN || JULIAN IN OUR TIME ||  ST BIRGITTA OF SWEDEN  ||  BIBLE AND WOMEN || EQUALLY IN GOD'S IMAGE  || MIRROR OF SAINTS || BENEDICTINISM || THE CLOISTER || ITS SCRIPTORIUM  || AMHERST MANUSCRIPT || PRAYER || CATALOGUE AND PORTFOLIO (HANDCRAFTS, BOOKS ) || BOOK REVIEWS || BIBLIOGRAPHY ||© Comunità dei figli di Dio, Settignano, Florence, Italy, Notiziario February, 1999 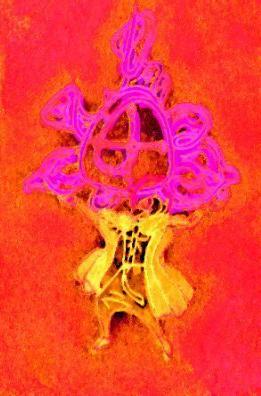 Who then is responsible for the evil in the world? Undoubtedly, if God does not will the evil, it is not to say that he does not permit it: nothing in fact is outside his will. Jesus himself, before the Passion, taught this: 'If you will, take this chalice from me'. God therefore, though he does not directly will evil, nevertheless does not stop it.

The problem of evil remains a formidable one. It would be less a scandal if God permitted us only physical evil. But no, God allows even moral evil, permits even the sin, permits even our revolt against justice and love. Permits even that we can make an attempt on the life of God himself; that we could give death to the Son of God. Perhaps we could accept all this, without asking ourselves and God the reason for it all, 'Why evil?'

If Creation was drawn out of nothing by the omnipotence of God, evidently it does not possess in itself the capacity to sustain itself and without the positive will of God - who sustains it above the abyss of nothingness - by itself it would be hurled anew down into nothingness. Here is therefore, in the mystery of the Creation, the reason for evil. By itself Creation falls into the invincible attraction of negation: the sustaining of Creation is in the act of a God who freely sustains it above an abyss.

But we could say something more: as how much greater is the creature, so much greater is the possibility of evil. In fact, evil does not presuppose only the abyssing of oneself as creature into nothing: it brings even the possibility that man could desire the destruction and the annihilation of God. If, therefore, physical evil creates scandal, so is the evil of the creature utterly inconceivable who could revolt against the Creator and would wish him dead.

But still we have not yet resolved the problem. Why therefore does the creature desire the end and even the 'death' of God? From it is born this will of revolt against the Creator. The liberty of God seems to require the possibility of evil that is in the creature should explode with all its force, because he can overcome evil. To stop what the evil could produce of itself is at base no longer the victory of the good, but rather an undoing of God.

To stop evil is not to say to deny it: the possibility of returning into nothing for the Creation, the possibility of 'giving the death' to God for man to manifest in himself all his obscure power, because God finally overcomes real evil and even all possible evil which is of Creation, above all of ourselves in our freedom. The Father did not stop the death of the Son, the evil exploded in an unconceivable death on the cross. In permitting this death, he thus has realized the victory of a love that overcomes - infinitely - all the evil of humanity. Even the supreme evil, which was the death of Christ, the death of God willed by man, became through God the occasion of supreme victory: no evil could any more contaminate God's work, compromising the omnipotence of his love, because even the most grave evil that the creature could have done became then the condition of a definitive victory of the Good, of the Love of God.

We wish to walk in this Lent, day by day, fixing our gaze on this crucified Love of God. 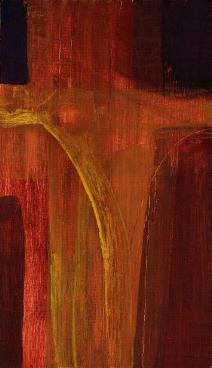 Maria's Cross from Sweden with Love