UMILTA WEBSITE,  JULIAN OF NORWICH, HER SHOWING OF LOVE AND ITS CONTEXTS ©1997-2019 JULIA BOLTON HOLLOWAY  || JULIAN OF NORWICH  || SHOWING OF LOVE || HER TEXTS || HER SELF || ABOUT HER TEXTS || BEFORE JULIAN || HER CONTEMPORARIES || AFTER JULIAN || JULIAN IN OUR TIME ||  ST BIRGITTA OF SWEDEN  ||  BIBLE AND WOMEN || EQUALLY IN GOD'S IMAGE  || MIRROR OF SAINTS || BENEDICTINISM || THE CLOISTER || ITS SCRIPTORIUM  || AMHERST MANUSCRIPT || PRAYER|| CATALOGUE AND PORTFOLIO (HANDCRAFTS, BOOKS ) || BOOK REVIEWS || BIBLIOGRAPHY || SCRIPTORIUM PORTAL

THE 'COMPUTER OF WISDOM' 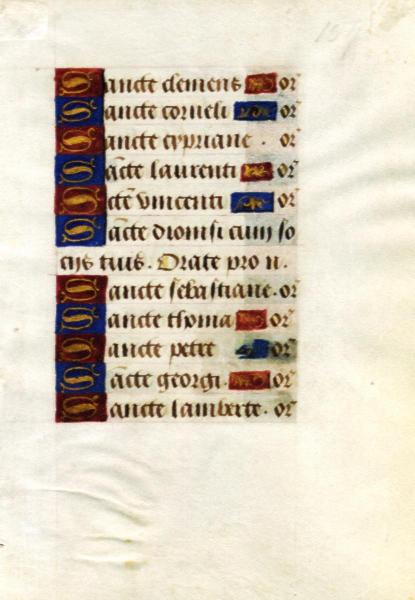 o study Julian of Norwich, and in particular to edit her manuscripts as I had already done with Birgitta of Sweden, it was necessary to travel from library to library and from archive to archive through Europe and England. For that work I needed Paleography and Codicology. Then to choose the contemplative life itself in which she had written her text, year after year, both of us thus choosing the 'Apostolate of the Scribe', as advocated by the Carthusian Guigo II. Though a Harvard Professor has castigated me in the pages of our professional journal, Speculum, for doing so. Our title for this web essay is taken from the Godfriend Henry Suso's medieval best-seller, which is present in the Amherst Manuscript with Julian's Showing of Love, the Horologium Sapientiae.

In the Twelfth Century the model of the Greco-Arabic mode of learning for philosophy was imported into Europe for the teaching of theology. Used originally for the study of abstract thought and practicing apartheid it seriously distorted Christian knowledge, based on charity and humanity, the Word made flesh and dwelling in our midst, our hallowing, our sanctifying. Thomas Aquinas sought to subsume Aristotelianism into Christian theology in his massive Summa, but eventually renounced the task, saying 'It is nothing but straw . . . ' Fellow Dominicans, of the Friends of God , likewise sought to subvert this clear and present danger to Christianity by supporting each others' contemplative learning, amongst women as well as men, by countering Aristotle with Neoplatonic Pseudo-Dionysius , through networking with books and treatises across the length and breadth of Europe, their Internet of Contemplation. One such work, written by the Swiss Dominican, Henry Suso , is the Horologium Sapientiae, the 'Computer of Wisdom ', from which we take our title. The Friends of God, on the Continent and in England, were to be rigorously suppressed by the Chancellor of Paris, Jean Gerson, and by the Chancellor of England, Archbishop of Canterbury, Thomas Arundel .

This Website is dedicated to studying this technology of the transmission of contemplative wisdom, from its beginnings with our alphabet, pirated by Greeks from Phoenicians, through textual and contemplative communities, in the past, the present and the future, in which Julian is so significant. In particular we labour at making texts in manuscripts available electronically in their own most beautiful format, as closely as we can achieve, making use of their alternating red and blue capitals and the other technological aids to memory employed by them in our own texts, bridging time. We believe cottage industry handcrafting and electronic webcrafting can go hand in hand. Heloise told Abelard that cradles and writing desks do not mix, we disobediently create cradles of hand-painted wood in our library. Our Mirror of Saints Website shows how lives given to God, both men and women, mirror each other and ourselves. Our Miriam and Aaron: The Bible and Women Website discusses the presence of women in the Bible and women's support through time of the Bible. The Terence through Time Website, not given on the CD, discusses the retention in medieval Christianity of the Comedies of Terence, which had celebrated slaves and women in Roman culture, and which shared with Christ in Christian Latin respect for the other, the stranger, including women; though that respect was to be lost with the introduction of the pagan Greek Aristotle and the university with its gender apartheid. In this Computer of Wisdom Website we show how texts similarly mirror each other down the centuries, with, for instance, an Edith Stein writing on Augustine and Ambrose and Pseudo-Dionysius in our own century. This is a dialogue amongst mortals about and with God and immortality. We recall Augustine and Monica discoursing at Ostia one summer night . . .

We can also serve as a kind of university before universities, a monastery library which lay people may use, of books to be read deeply, not for examinations or degrees. Our website is a library about a library. Our Hermit of the Holy Family can give tutorials on Dante's Commedia, on Julian's Showing of Love, on paleography and textual editing, etc. We can suggest to you what major texts to buy, and can make others available on loan from our library through the post. For instance, we send books on Julian of Norwich to Pluscarden Abbey's Father Finbar, O.S.B. We desire these tutorials to be open to all, lay and clergy, women and men, old and young, poor and rich. Contact Julia Bolton Holloway about what you desire to read.


Click on the underlined titles below to retrieve their essays:

The City and the Book I: The Alphabet, the Bible E-Book § Scholar

The City and the Book II: The Manuscript, the Miniature E-Book § Scholar

Miriam and Aaron: The Bible and Women Website E-Book General/Scholar

**The Most Ancient Life of St Gregory the Great by a Monk or Nun at Whitby Latin and English. General/Scholar

*Thomas of Froidmont/'Bernard of Clairvaux', Written for his Sister, The Golden Epistle, Amherst Manuscript Scholar/General

Our Cloister's Library: Bibliography and Reviews on Julian of Norwich, Showing of Love, and Related Materials Scholar

The Mystics Internet: Birgitta of Sweden, Catherine of Siena, Julian of Norwich, Margery of Lynn, Chiara of Pisa, and Francesca of Rome General/Scholar

Julian of Norwich, Her Showing of Love and Its Contexts Website General/Contemplative/Scholar

*Julian of Norwich, Showing of Love, edited and translated from all the extant manuscripts General/Contemplative/Scholar

Julian's Showing in a Nutshell: Her Manuscripts and Their Contexts Scholar/General

*A Julian Manuscript in Norwich Castle?aScholar

Transcriptions from the British Library Amherst Manuscript given on this umilta Website are of Thomas de Froidmont, Golden Epistle , written for Margaret of Jerusalem, Henry Suso, Horologium Sapientiae, Jan Van Ruusbroec, Sparkling Stone, Julian of Norwich, Showing of Love . Also included in the manuscript are Richard Rolle and Richard Misyn writing for women anchoresses named 'Margaret', as well as Marguerite Porete, Mirror of Simple Souls. Archbishop Arundel, Constitution, may give its context. Likewise the Letter of Cardinal Adam Easton to the Abbess of Vadstena and Birgitta of Sweden/Alfonso of Jaen, Revelationes XIII/Epistola solitarii ad reges. Related material is in John Whiterig, Contemplating the Crucifixion. While Margery Kempe's conversation with Julian of Norwich may have occurred about this date. Scholar

*John of the Cross, If You Would be Perfect General/Contemplative

*Bibliothèque Mazarine Manuscript: Colections by an English Nun in Exile I Scholar E-Book

*Norwich's Quaker Elizabeth Fry, 'What Owest Thou Thy God?' Contemplative

*Francesca Alexander and John Ruskin on St Zita of LuccaGeneral

Teaching Ourselves Monastic Learning on the Web General/Contemplative/Scholar 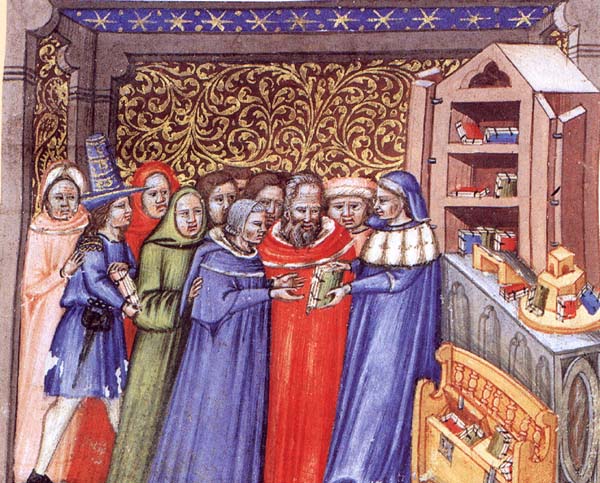 The Medieval Virtual Libraries are of great use:

UMILTA WEBSITE,  JULIAN OF NORWICH, HER SHOWING OF LOVE AND ITS CONTEXTS ©1997-2019 JULIA BOLTON HOLLOWAY  || JULIAN OF NORWICH  || SHOWING OF LOVE || HER TEXTS || HER SELF || ABOUT HER TEXTS || BEFORE JULIAN || HER CONTEMPORARIES || AFTER JULIAN || JULIAN IN OUR TIME ||  ST BIRGITTA OF SWEDEN  ||  BIBLE AND WOMEN || EQUALLY IN GOD'S IMAGE  || MIRROR OF SAINTS || BENEDICTINISM || THE CLOISTER || ITS SCRIPTORIUM  || AMHERST MANUSCRIPT || PRAYER || CATALOGUE AND PORTFOLIO (HANDCRAFTS, BOOKS ) || BOOK REVIEWS || BIBLIOGRAPHY ||