He has participated in exhibitions at Santa Croce, San Frediano and, most recently, in the exhibition held November, 2001, by the artists of the Repubblica di San Procolo, in honour of Fioretta Mazzei, in the English Cemetery’s Gatehouse, Piazzale Donatello 38, 50132 Florence.

Bruno Vivoli’s engraving of Dante teaching the Commedia to Florence is used as the logo to the international congresses held in Florence, 2001, 2002, 2004, The City and the Book.

An artist from Norway has printed Bruno Vivoli’s engravings of the Madonna and Child at the Santa Reparata International School of Art, Via San Gallo, Florence. 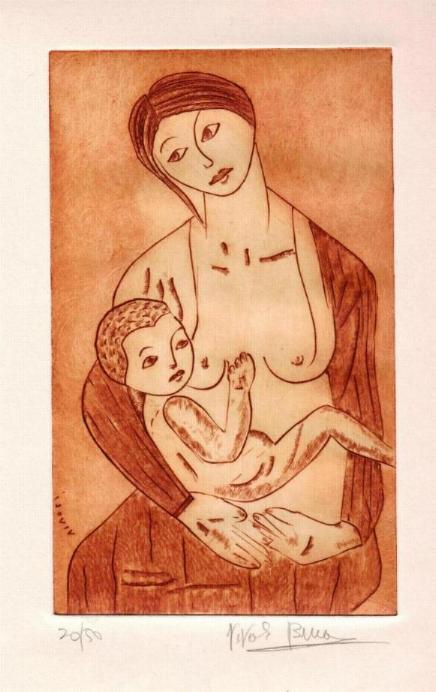 Then Bruno engraved the Madonna of the Badia Giotto altarpiece now in the Uffizi, of which this is Number 10 of a numbered series of 50. Again, these sold for €50/$50, the proceeds of these prints initially going towards buying a printing press for the printing of engravings in the bottega of the Mediatheca 'Fioretta Mazzei'. Now proceeds go entirely to him. 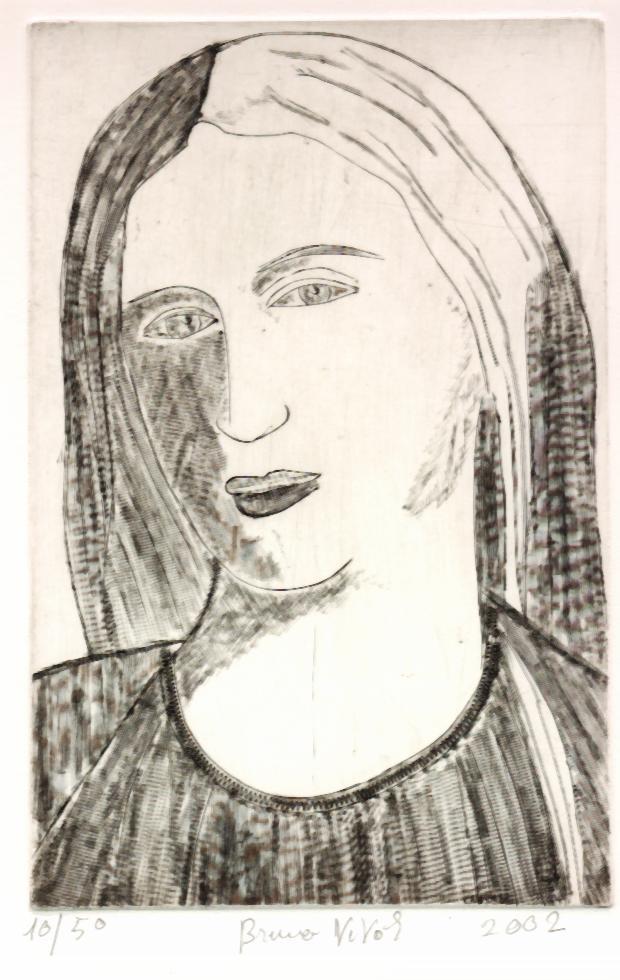 Contact holloway.julia@tiscali.it if you do not speak Italian. If you have Italian, Bruno Vivoli's cell phone number is 339 751 8080. Italy's international code is 0039 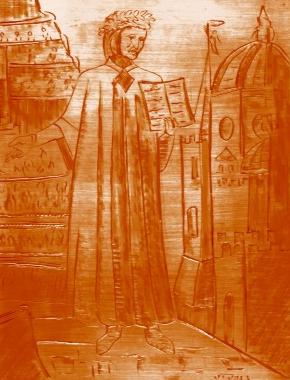 The Badia Giotto Madonna (illustrated above)

Specify whether you desire to purchase the unframed print/s or to have it/them framed, the title and the number desired. Postage/framing are extra. Proceeds were initially used to buy a printing press for the Mediatheca 'Fioretta Mazzei' to begin its engraving and print-making school. Now proceeds go entirely to him.

Bruno Vivoli and Hedera Cjuraru used to attend the Messa dei Poveri, the Mass for the Poor, of the 'Repubblica di San Procolo', in the Badia each Sunday in Florence, a Mass begun by Giorgio La Pira and continued by Fioretta Mazzei.